This time, the focus of a series of Inspirational Lego has been turned to Star Wars builds I came about on the various internet media.

Now, Star Wars definitly is the biggest running Lego franchised series for years now, as about a dozen sets are released each year.  This will only increase once the new movie comes closer in 2016, and of course, a lot of great builds are out there.

Take for example this Sand People bust.  Briefly seen in the original trilogy (though a bit more featured in the second series and leading indirectly to Anakain turning definitively to the Dark Side of the Force), they, like Jawa`s, have a bit of a cult status amidst Star Wars fans. 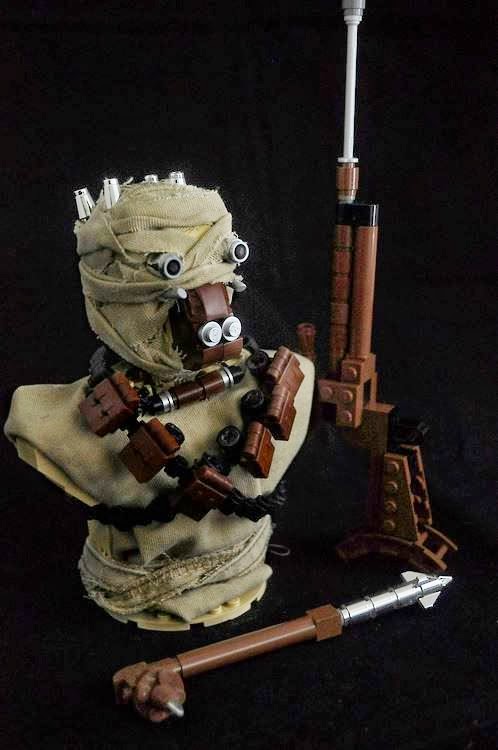 Another great build is this X-Wing run on the Death Star, the epic `end battle` of the first movie.  Also notice the X-Wing game box in the back, as to get an idea how it got inspired and what scale the X-Wing was actually build on. 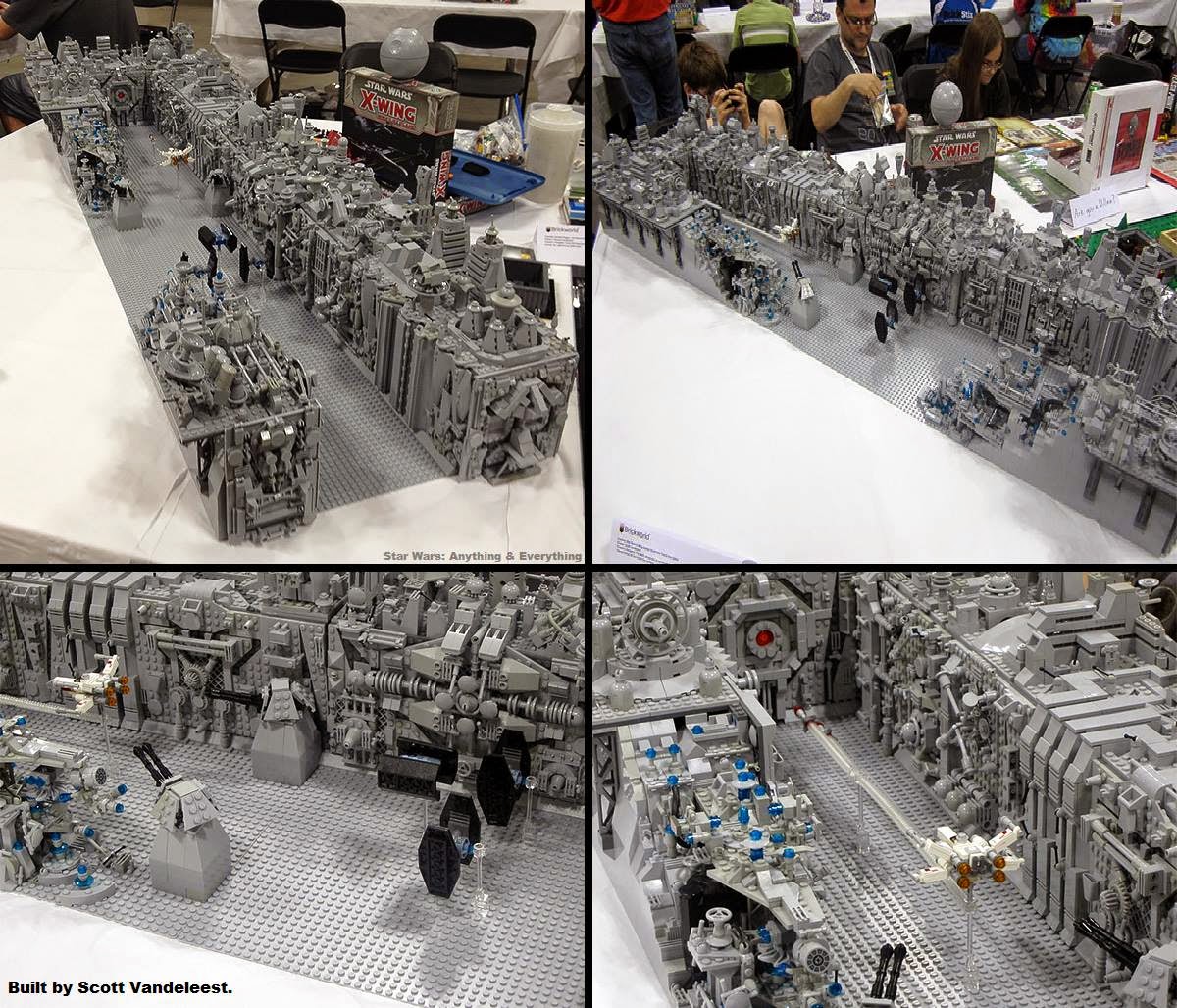 This diorama features the classic Gungam submersible from the Phantom Menace, and the city scene uses a lot of ideas from the Hogwarts Castle, showing how you can build a great MoC using at the core only two existing sets. 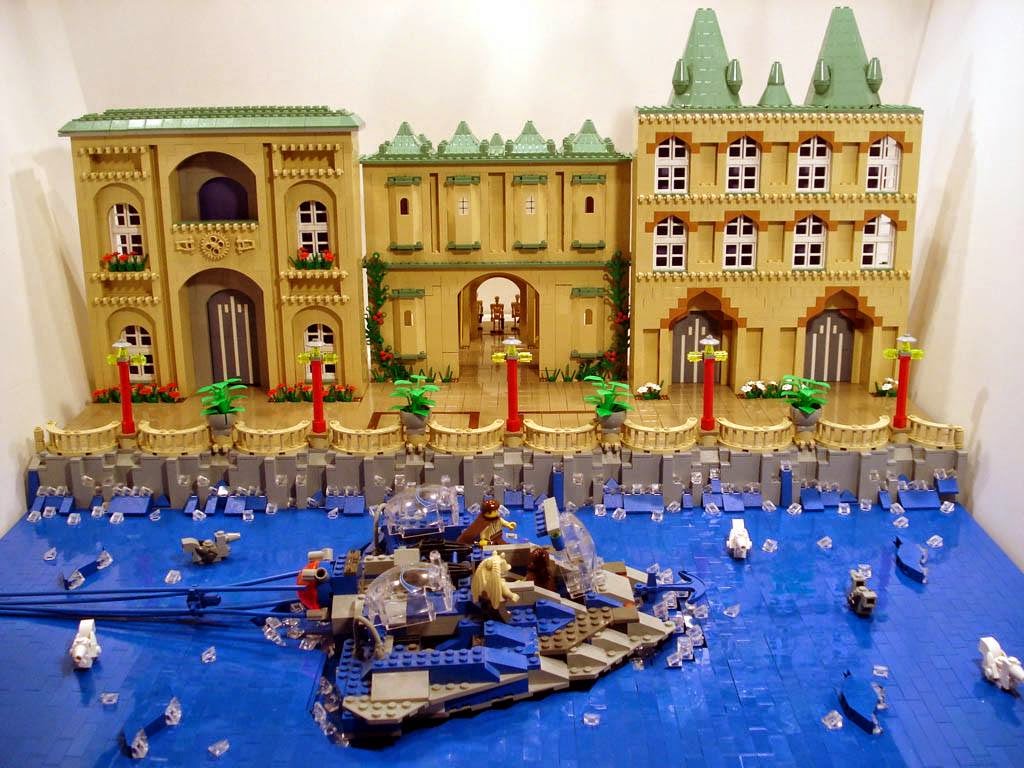 Duel of the Fates is a nice depiction of the epic lightsaber duel fought out between Qui Gon and Darth Maul at the end of the Phantom Menace. 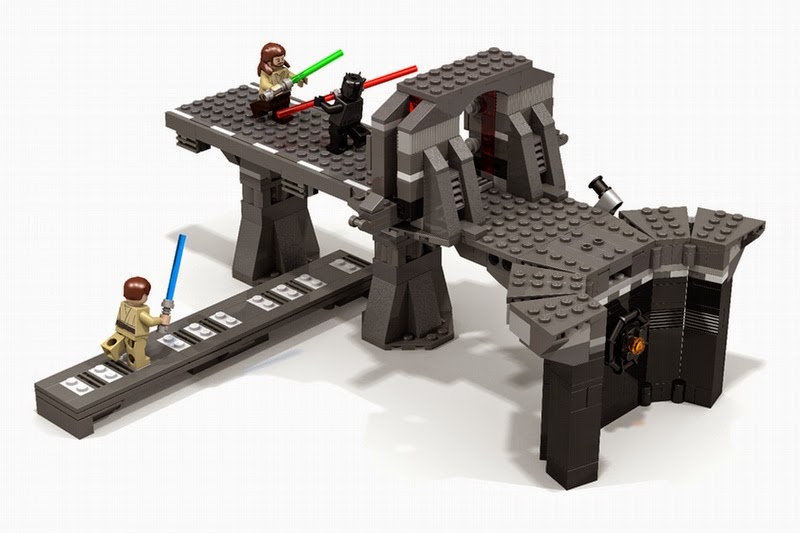 Remember the days, for us older AFOLs especially, when Lego boxes featured pictures of what alternate builds could possibly be made with the set you had in your hands?  Those days are gone now, but here is an example of what one builder did with the Micro Fighters AAT set.  I especially love the Sphinx he came up with.

After all those building, one has of course deserved a nice, hot bath! 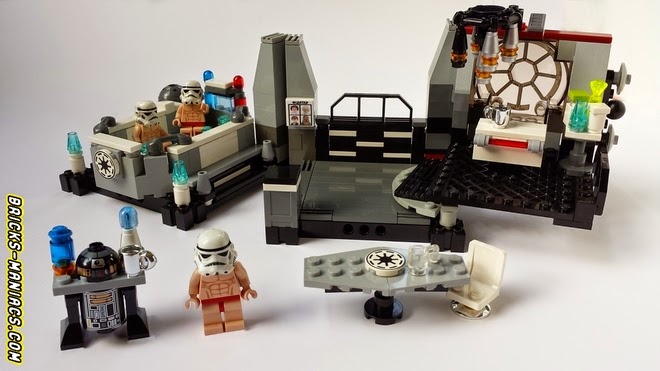 That`s it for this run over builds I popped along on the internet, see you all for further inpirational builds out there...
Share This