Deep under the ocean

The legends tell of a city-island called Atlantis, first mentioned in Plato's Timaeus and Critias work in about 360 BC.

A city made of gold, full of technology, and inhabited by highly intelligent and beautiful, some even daresay alien, people.  A land with wealth beyond imagination, where no one ever grew sick and aged far beyond normal human expectations.

A city destroyed by an unknown cataclysm as the wrath of the Gods decended upon them...

Until now, as the city has been located, and daring adventurers mount an expedition to retrieve the lost knowledge of Atlantis, braving the mysteries of the deep seas in order to unlock the ancient secrets. 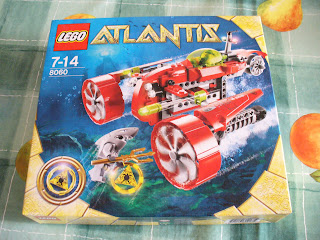 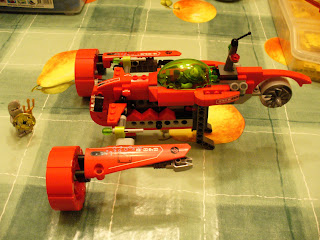 Now to be honest, I`m still in doubt about the Lego Atlantis series.  Sure, the theme is quite cool for a `believer` like me, but I`m not entirely sure about the sets.

On the one hand, they are quite different from any before, being submarines and wildlife for the most, and the promotional Squig was definitly one of the more intresting promo sets of the later years. 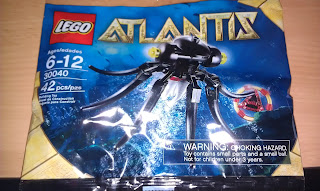 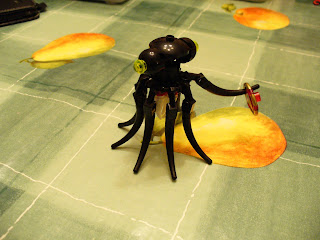 But on the other hand, the sets are perhaps a bit TO different for my tastes, not to mention they aren`t the easiest to store on the shelves once build with all their special appendages and such. 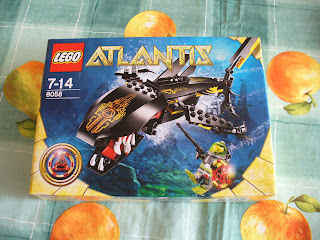 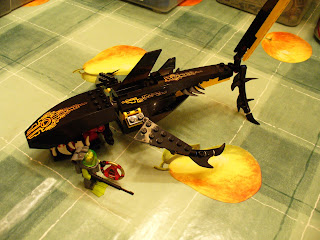 Truth is, I got this lot of 3 sets really cheap of eBay, but I probably won`t be looking for any extra sets of the series to add to the collection, it`s a bit the same as the recently released Legend of Chima series, nice sets, but they just don`t `do it` for me compared to for example the Orient series.

'Till next time, may thou bricks fall in place!