It`s hard filing this report, for I have been down with some kind of bloody stomach bacteria and a smashed back from my encounter with Hakeev. My chief medical officer Nerrat tells me I`m scheduled to enter Starfleet Medical next thursday for a two day examination process, which makes me feel quite useless here sitting in my Captain`s Quarters filing reports...

First of all, a welcome to our new Science Officer Amaro. This Orion nurse has joined the crew on an exchange program, and though her uniform might be a tat special, this frees up Nerrat for her duties on board the Procyon. 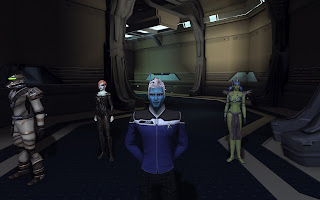 After our exploration of the Vault last week, this tale has gotten a long story. I tracked down the Reman leader Obisek by following a damaged warbird, in a frozen cave where the Reman`s hold out, but the Tal Shiar tracked their location and launched an attack.
Left with the choice to arrest or help him, I took the path of helping him escape, as he claims that Hakeev is operating out of the Romulan Empire`s juristiction and is controlled by the `Demons of Air and Darkness`... a name I heard the Iconians be called by before, and that I stood by the Federations principle of aiding all people for their freedom, a case that even decades after Shinzon`s rise to power still hasn`t been true for the Remans. 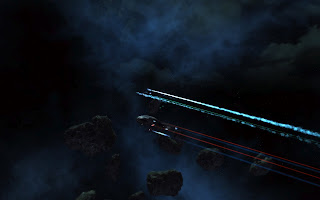 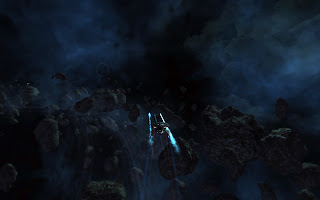 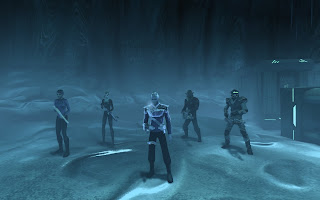 Later on, Obisek contacted me to help find a lost vessel transporting Thalaron weapons, and guaranteed me I could destroy those devices, as long as they didn`t fall in the Romulan`s hands. After our arrival at the Nepada system, the Procyon was held by a satellite weapon, and upon disabeling the device, I was transported away from the boarding party, to find myself in a sort of coliseum to engage in gladiatorial combat. 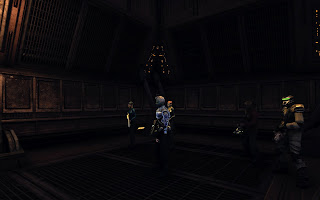 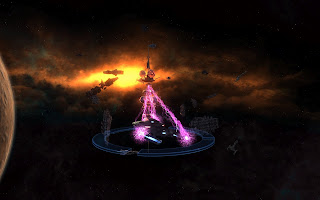 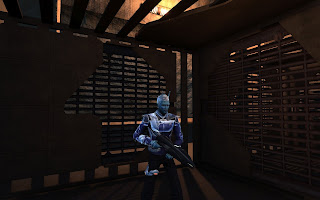 With the help from a Reman called Slamek we discovered a Romulan base that indeed possessed a working Iconian gateway. Slamek turned out to be a traitor though as Hakeev appeared and revealed he indeed awaited the return of the Iconians moments before my crew managed to beam me out. 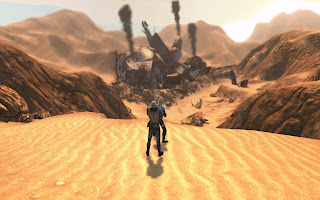 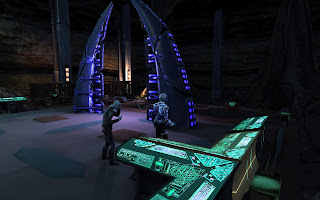 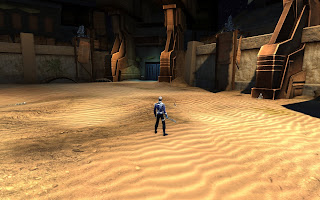 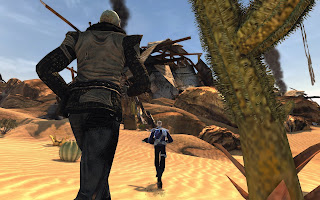 As a thanks, Obisek equipped the Procyon with a Reman shield array, and this altered her looks greatly, and she now looks more sinister then before. 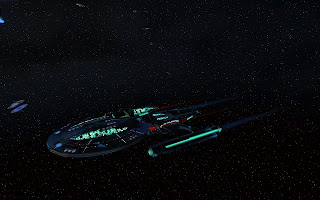 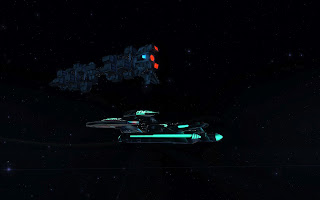 Admiral T`nae has located Hakeev`s base of operations in the Brea system, and I went down alone to try and disable his plans using spatial charges on the power conduits. I blew up the gateway there, but then it turned out that the plaza`s central arch was nothing less then a gigantic gateway itself. Nothing a decent orbital strike couldn`t take care off though. 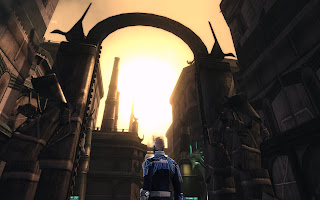 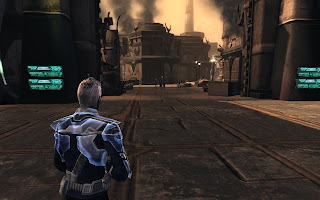 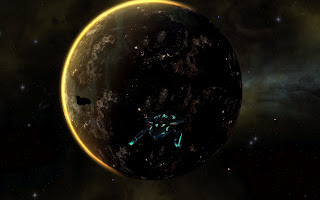 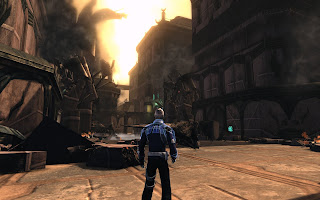 Back in orbit Empress Sela appeared and attacked all present, but just before we disabled her juggernaught, an iconian vessel appeared and pulled the ship out. We have no idea wether she was kidnapped or went in free will, but we can be assured that squabbles will erupt in the Romulan senate to fill the power void. 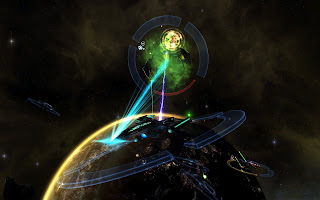 Obisek and his people have returned to the Vault and are reactivating the station to act as their new home, and left me a nice memento in thanks for the rendered help... 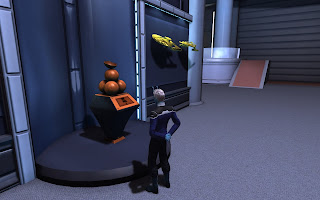 It is with sad regret that I must report the deaths of Duty Officers Gallenstein, due to radiation poisoning when scanning for wave signatures, and Bettes when protecting Bajoran dignitaries from an extremist attack.

After our Reman mission, we have been send to Deep Space Nine for a conference on fighting the Borg. Admiral D`vak assigned me to the MACO and asked me to join in a rendez-vous with Klingon Empire, Cardassian and Deferi representatives. As the conference went on, suddenly all hell broke loose as a fleet emerged from the wormhole and Jem`hadar boarded the station. 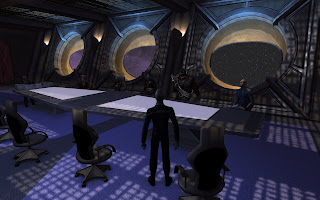 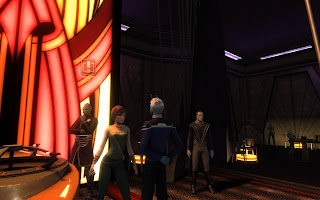 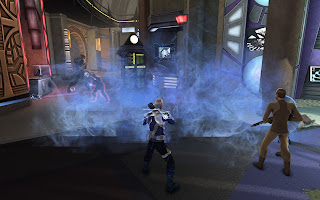 The USS Fletcher was lost in our attempt to escape, and then a Vorta called Loriss announced that the Dominion had returned and the new invasion began with the take over of Deep Space Nine. 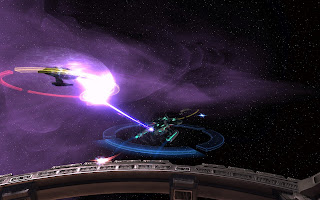 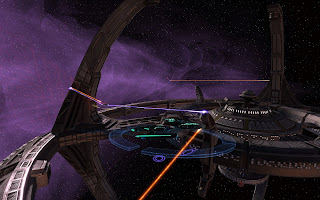 The fleet has assembled at Bajor awaiting new orders... 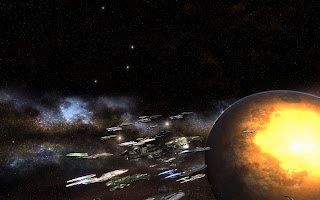 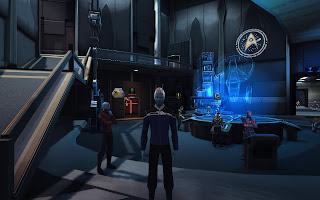 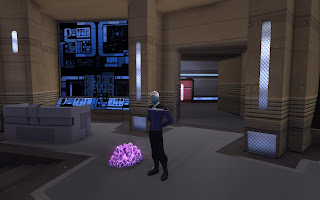 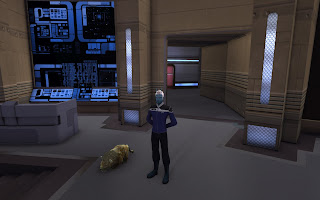