What I Painted in november 2017

Hello all, and welcome to the monthly overview of all the figures I completed for my armies.

While my figure collection grew rather spectacularly during november, with Crisis, Kickstarter arrivals and some freebies and duo-deals, I went in a strong painting regime and played less Final Fantasy as well...

Got to keep that lead mountain in check after all.

The "must do" thing this month was completing "romanizing" my forces for Dux Britaniarrum, with the final two units of Late Romans finished as such.  I also did some loose ends, like a celtic cross I picked up at Crisis, and a wandering bard as an additional token figure for the tabletop. 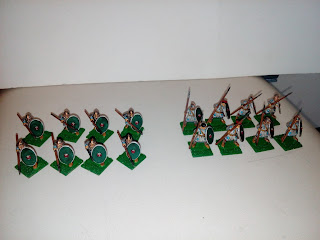 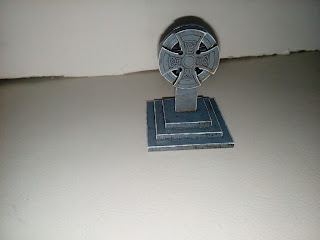 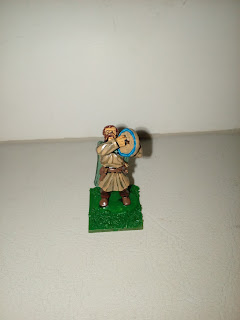 Even though Age of Sigmar is rapidly loosing my attention, more on that in a post I have been waiting to make, but will really do later this week, I did paint up some models for it.  The first is a set of 5 knights to serve as my Reiksguard, and the unit will be expanded with the command group et all. 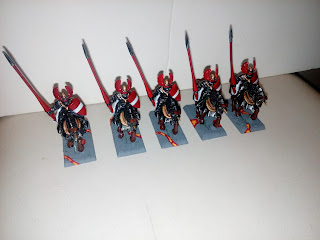 I also did some Chaos, in the form of Warriors and an Avatars of War model to serve as a Herald.  She can do duo work in Warhammer 40k as well, as the Chaos Daemons lists are perfect crossover forces, and the plan in the end is to have 4k of Slaaneshi daemons afterall, which can then be used in both game systems... 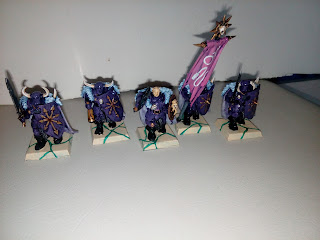 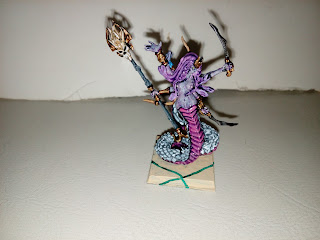 Which brings us nicely to...

The big bulk of painting for the past month, and it seems that december will be "pink ambition" painting time full stop.  More on that when you see this weeks Painting Desk video on friday, but it`ll feature a LOT of Slaaneshi forces.

But something different first, as I painted a test model for an Alpha Legion colourscheme.  While I liked the result, in the end I decided not to field additional legions and go for the huge pink and purple force, to prevent having to buy and field much of the same, while perhaps ending up with a sad panda feel when I painted something in a wrong scheme and needed it for another force. 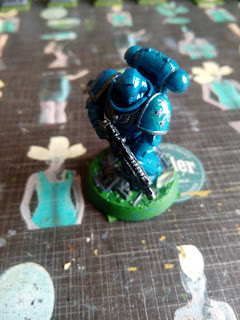 For my beloved III Legion though, I painted up a unit of Terminators, a unit of Cultists led by a champion by Freebooter Miniatures, Raptors who once where Black Templar assault marines, a Havoc squad in pre-heresy colours and the creme de la creme this month, a very impressive daemon princess model made by Creature Caster from Canada. 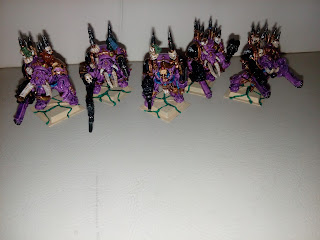 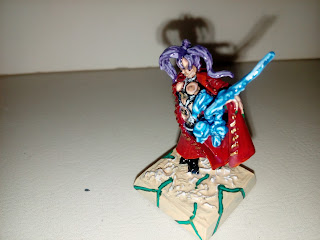 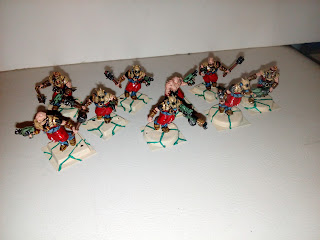 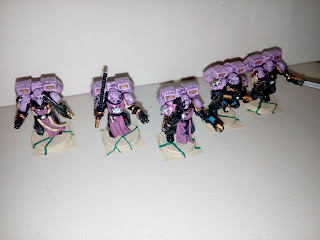 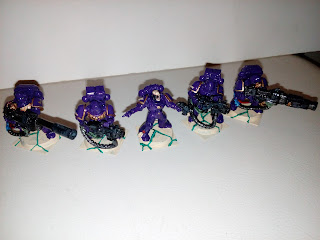 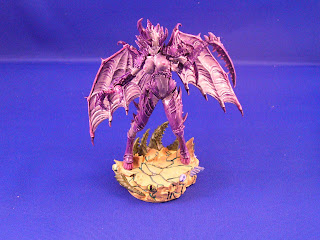 The smallest thingies are for the last, as I round out the painting month overview with some tiny space marines.  I finished 7 bases of 6mm epic warriors to boost the infantry department of the army. 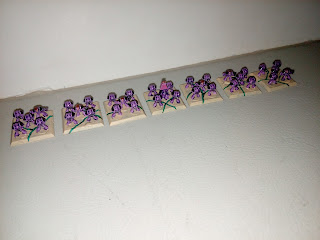 A pretty good painting month, which added 91 models to my painted up tally... lovely!

Well, that`s it for this month, see you near the end of the year for the final tally of 2017!