That Time I Got Reincarnated as a Slime 2 part 2

Posted by : Tomsche69 donderdag 14 oktober 2021
Rimuru is back, and now he brought his best friend, the Storm Dragon Veldora, with him. 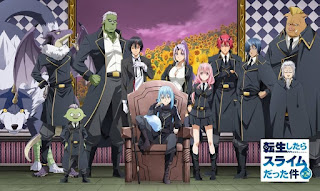 In the second part of the second season, which aired from the summer until recently, Rimuru and his friends are about to take on the demon lord Clayman.
Responsible for the events that happened in the first part, and which forced Rimuru to kill 200000 people to ascend to demon lord status, he is gathering allies to bring him down.  Not only are the neighbouring nations joining him, he also has Veldora and Diablo now on his side.  But we also learn there are actually 10 demon lords in the world, so mighty alliances on both sides are in the making. 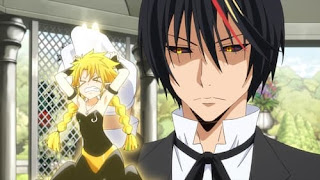 They plan on installing Youm the Champion as the new king of Falmuth, the nation Rimuru defeteated to ascend.  But then Clayman instigates Walpurgis, a banquet where all demon lords attend, and often ensuing in wars as the balance between them gets upset.  He plans to massacre the weakened Eurazania, using the victims to become sacrifices on his assendance to True Demon Lord, but other lords are watching him closely, and why Milim does his bidding, suspecting trickery.  And then Rimuru decides to attend the Walpurgis as well, to take care of Clayman who was responsible for the attack on Tempest... 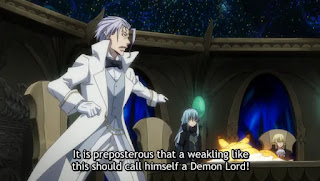 As Bennimaru and the Beastketeers decimate Clayman's army, the demon lord turns it's commander Yamza into another Charybdis... only to have Bennimaru eliminate it in the blink of an eye.  During the Walpurgis, Clayman tries to manipulate the truth and blame Rimuru in front of the gathering of the 10 demon lords.  It is decreed by the attendants that they should duel it out, and Rimuru's attendants already take care of Clayman and his followers while Rimuru is occupied with Milim. 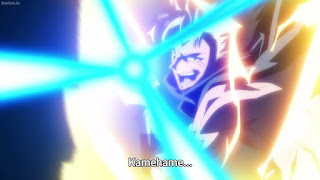 Veldora comes to his rescue (his power level is over 9000!) and soon Clayman is defeated as it turns out both Frey and Milim where playing him.  He awakens his true form, but Rimuru quickly despatches of him.
The ensuing meeting makes both Carrion, who was hiding under guise with Frey, and Frey herself, step down as demon lords and become subordinates of Milim, much to her despair.  The gathering is renamed the Octagon, for they now number 8, while they investigate the apparent resurrection of Lord Kazilim, master of Clayman and the Harlequins... 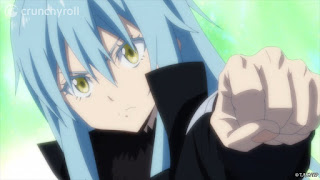 Now, don`t get me wrong, this is still a funny series, but it has taken a darker and more serious tone for the second season, instead of the sweet innocence of the first one.  Not that this is a bad thing at all, but it does give a bit of a different vibe to those following Slime, and expected another season of slapstickery adventures of Rimuru.
Share This