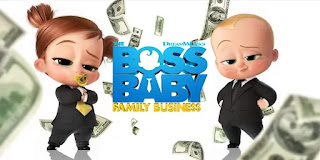 Just kidding, yesterday Noshi and me, and in a lesser degree Lord Ipsqueek, sat down to watch the newest instalment in the Boss Baby series.
I really found the first one hilarious, and now with our own little man running around, we did have some "Oh boy, I hope not" moment (glue!!!!). 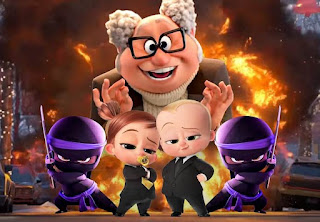 Tim is now a full grown man, and stay at home husband to two lovely daughters.  But one day, he starts to realise his eldest is growing up.  While talking to Wizzie (one of the many Lord of the Rings references in the movie btw) his alarm clock, he hears voices from the room of his baby girl Tina.
He finds out that, like him and his estranged brother Ted, she can talk and walk, and is an agent for BabyCorp.  When she tricks Ted in showing up, she forcefully recruits them to stop a dastardly plan by professor Armstrong (Jeff Goldblum ftw!) to create a revolution of babies, removing the need for parents from the world.
It turns out during their investigation that his is actually a super intelligent baby himself, who founded a chain of schools around the world to indoctrinate the babies, and turn adults in mindless zombies through an app he has created.  Ted and Tim have to overcome their differences to stop him, while Tim also helps Tabitha overcoming her stage freight and get back closer to her. 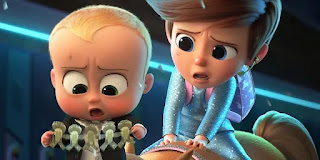 The movie certainly has his moments (the lunatic baby class!), but to be honest I didn`t think it as great as the first one, even with the awesome voice cast.
But it was okay for a lazy, rainy sunday afternoon I guess...
Oh, and perhaps I wasn`t kidding in the intro... look at this little boss! 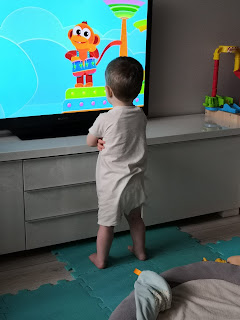