Posted by : Tomsche69 zondag 21 februari 2021
In today's unboxing, I`m having a look at my valentine's gift from Noshi, which you saw earlier on the day in the Haul Report. 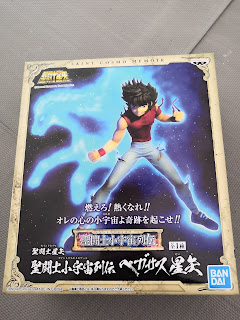 Produced by the BanDai sublabel Banpresto, this is a version of Seiya as he burns his cosmo to new heights. 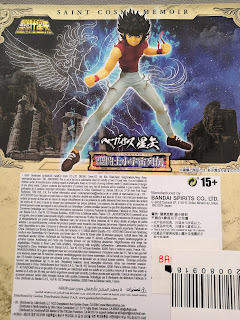 The box features the model seen from almost every angle, and with artwork of the Pegasus constellation on the background, together with a heap of text at the back I don`t even want to start to read, aka the disclaimers of the set. 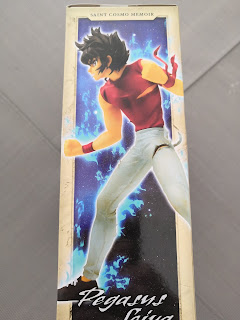 Opening it up, the model is protected by a sturdy cardboard inlet, as well as an plastic bag to prevent paint rubbing off inside the box. 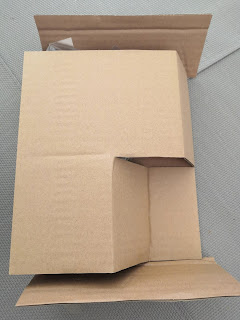 The bag, dividided in two compartments, houses the two parts of the model: Seiya as well as the footpiece to keep him stable when displayed. 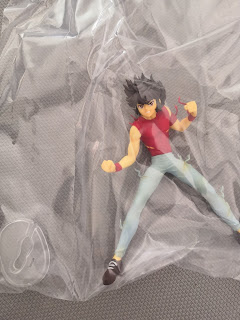 It has a great finish, the paint job being nice and equal without any mistakes or smears in them.  Nothing less to be expected from BanDai's QQ, but something you can encounter with cheaper knock offs though.  As you can see, the eyes are incredibly well done! 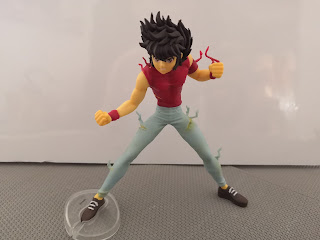 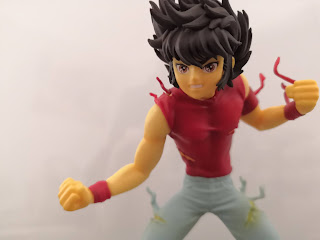 The ripped clothing shows the energy peeping through, and give the impression of the force blowing it upwards as he gets ready to strike. 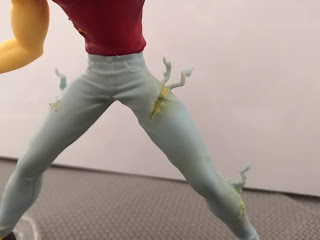 Measuring about 15cm in height, he looks very suited on display, about the size of the Myth cloth line in proportion to the Gold Saints and such from that series.
A great gift for sure, and one that proudly stands in my display cabinet now.
Which is about to get a LOT bigger during this year, but more on that in a later, maybe shocking to some, post...
Share This