Posted by : Tomsche69 donderdag 17 juni 2021
So me and Noshi have begun the next leg of watching the whole series, with the split in two parts third season. 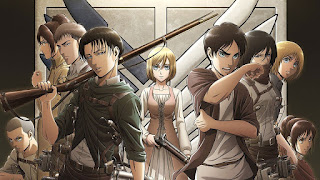 Apparently, there is a whole set of side story OVA's between both halves released as well.
First two things though: there seems to have been a change in drawing style between this and the previous seasons, and for me it all looks a bit more "bland" or less detailed.  And no epic opening as well...
The story revolves this time around Christa, or better said, Historia.  It turns out she is the actual royal bloodline, and an imposed king sits on the throne instead.  Levi and his squad decide to reinstate her, which leads to the Scout corps being outlawed. 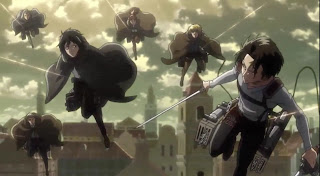 In the meantime, the government wants his hands on Eren, to use him, or at least his abilities by having him eaten, for their own goals.  Caught by the Reiss family, his connection to them is explained as are the sins of his father, while Erwin and Phyxis plan a Coup d' etat to remove the fake king and his counselors.
Rod Reiss, the true king, reveals how he wants the Power of the Titans be transferred to Historia, before she rebels and he drinks the serum himself.  He changes in a gigantic titan, and moves towards Wall Sheena, only to be stopped by the Survey Corps and the Garrison at great lengths. 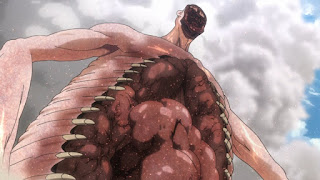 So far, I haven`t enjoyed it as much as season 2, but heck, we'll see what the rest brings over the coming weeks and months!
And if you're looking for some Attack on Titan merchandise, check out THIS webstore and even get 10% of any order you make!
2.11.0.0
2.11.0.0
Share This