Posted by : Tomsche69 woensdag 23 juni 2021
Brought to you by the same people that run the Nihon Box and the Umai Box subscription boxes, comes Capsule Box, a gift box of Gashapon. 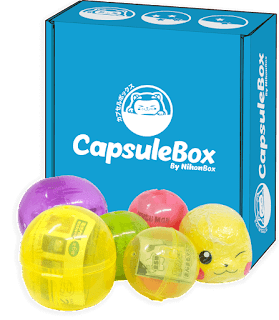 Now, where Nihon Box contains the traditional japanese anime styled items, as well as a few other japanese thingies, and Umai Box is all about munchies, this one is all about the blind balls that come out of vending machines in Japan.
Costing only 20 euro for a box if you take the 6month plan, and a few more if you go single ones, it's not to expensive at all.  So I opted for a single subscription box, which costed me 22 euro total, and adds 3 euro shipping cost to Belgium with the tracking option not available at current due to Covid-19 for Japan Post.  Payment on their site is through Paypal, and it shipped out from Japan on the 10th of June, to arrive here the 17th.  They do state on their website it takes around 20 days.
The site advertises the box as containing at least 6 gashapon in it, and says they are always on the look out for the best ones to put inside the box.  And that the June box has Evangelion, namely one of these ladies...  I hope I`ll get Rei. 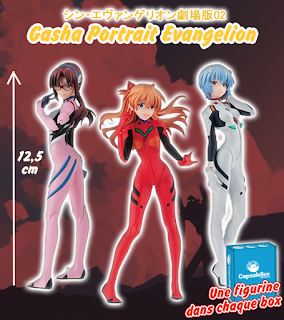 So, while my hopes are idle for actually Gundam or other mecha anime based gashapon in there, it did seem like a fun thing to do and so let's unbox this and see what we got, with the thanks to my assistant Noshi.  She so enjoyed opening the balls, that I let her do it, and we had a fun evening doing it together. 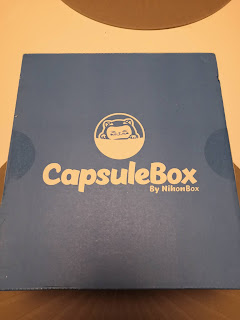 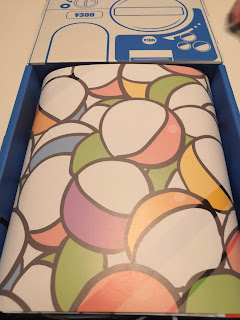 The box contained 7 balls, and a "spoiler page" if you don`t want to know what series are in there, don`t take a look at it! 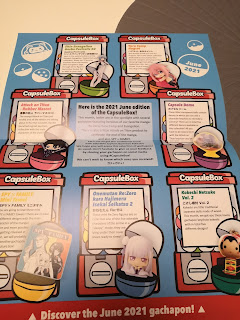 And it also contained a candy bonus woopwoop. 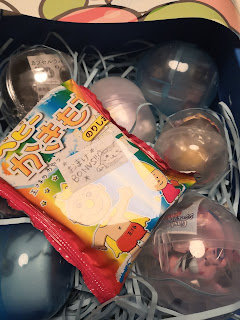 The first ball Noshi opened was a hugcot from Yuru Camp, which now stands on my desklamp. 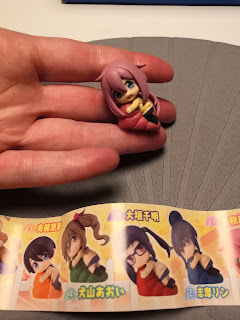 Next, we have a traditional wooden japanese keychain, from the Kokeshi Netsuki vol 2 series.  NihonBox always includes a traditional japanese item in their loot boxes, and this is the one for the capsule box this month. 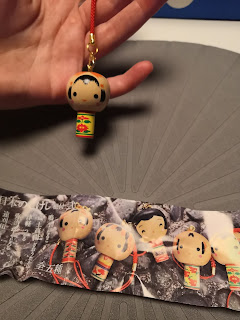 The third ball's content is now on Noshi her desk, being this cute sleepy mode figure from Re: Zero. 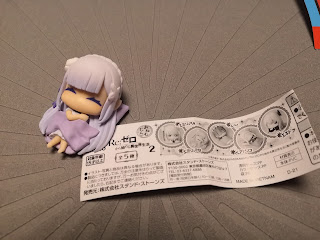 An Attack on Titan rubber keychain was the next item in the box. 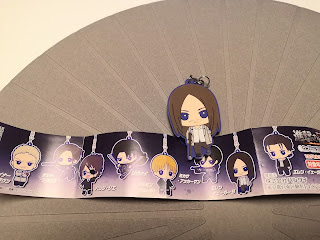 This is a Capsule Dome, a little scenery setting in which you can hang a rubber keychain (like the above one from AoT) to put them on a scenic display. 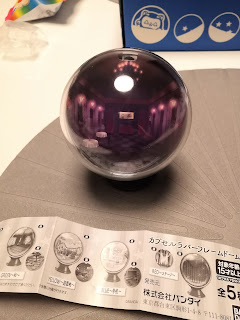 A mini towel from Spy X Family which has a rather fun look, I will probably use this as a sort of underground or the likes.  I think it totally cute, and hoped before unfurling it would be either this one, or one with a penguin on it. 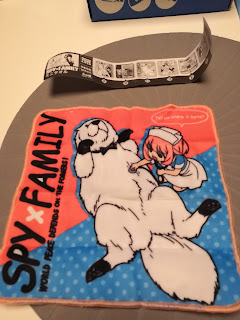 And then finally, the Evangelion one.  Unfortunatly I didn`t get a Rei, but Mari is fine as well.  I`m just not an Asuka fan in the series I guess. 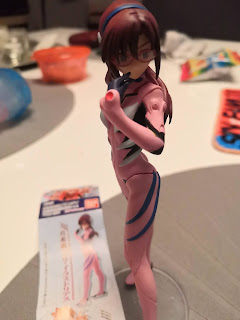 So that are some nice items from the 7 balls.  Personally, I think the two figures and the hugcot the best.  The towel and the dome are usefull, while the wooden keychain is nice.
I think the only one I`m not really wowed by is actually the Attack on Titan keychain, but I think it was a good value box, nice varied items and a fun evening unboxing them! 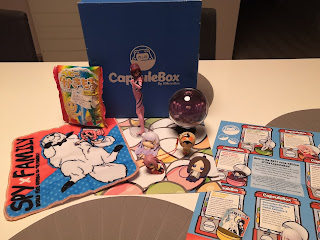 Thanks for spending those few minutes of your time with me to look at some little toys, and until the next!
Share This