My first order ever at Mandarake

Posted by : Tomsche69 zaterdag 19 juni 2021
Okay, let's start by saying I have to thank Noshi for this find.
So far, I only have been using AmiAmi, but she called me over and pointed me to Madarake, as they had a used Lunamaria for sale. 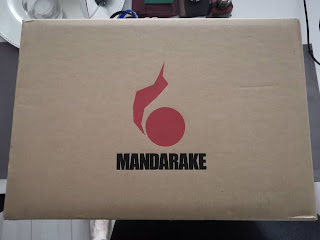 So I registred an account, surfed through their items, which are all used, and dead cheap even if it's sealed but with damaged boxing, and found no less then 3 Lunamaria Hawke's I missed in my collection (and a trading card for 100 yen), for all three of them 1400 yen.  That's barely 10 euro.
So I immediatly ordered them of course on the 6th of june, and they where shipped the 7th.  Arriving at the 14th by Air SP as a postal carrier for 1220 yen, since that costs half of EMS and DHL.  For such a low total, even if customs would hit it would be the same in total as the other ones without a customs hit, but it got passed without so huzaah!
But let's have a look at the fresh additions of my waifu collection!
So that's the lot that arrived, and it makes my Lunamaria collection now looking like this: 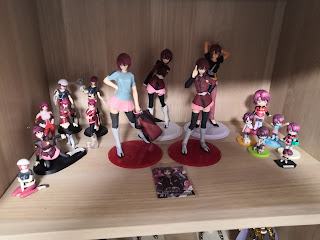 Onwards to hunt for the next ones!
Share This