Posted by : Tomsche69 zaterdag 12 juni 2021
The second OVA for That Time I got Reincarnated as a Slime, and another recap.
Now, the thing about this one is that it is meant to refresh your mind before season 2, with additional material for the upcoming series. 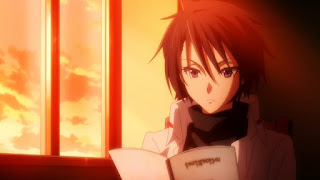 Now, that consists basically of a minute at the beginning and a minute at the end, in which we get some Hinata time, and learn why she will be after Rimuru in the second season.  But all in all, nothing spectacular to be honest and if like me you just watched season 1 before going to go to season 2, two recaps after each other is perhaps a bit to much.
But, if it has been a while since you watched the series, a good refreshner I guess...
Share This