Posted by : Tomsche69 woensdag 8 september 2021
Okay, so we watched perhaps the most discussed isekai of the past years... and not for good reasons. 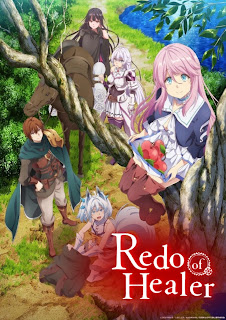 Because the fact that this rather ecchi, violent and downright wrong story has gotten an anime adaption, made many frown in advance.
Not me though, ecchi is nice teeheeeheeeee... now we did watch the censored version, afterwards we found ep 1 uncensored and that gives a whole other, well, experience as in the censored one whole scenes are either cut or changed.
Keyaru is a healer, who is being heavily abused physically, sexually and mentally by the rest of his party.  As he destroys a demon lord, he uses the Philosopher's Stone to reset the world to before his adventuring life began, and starts plotting his vengeance.  Suffering months of torture and abuse all over, the finally comes he has waited for, and he begins his vengeance by raping the princess Flare.  After he is done with her, he changes her face and wipes her memory, turning her into his personal toy.

He also buys an Ice Wolf Clan slavegirl whom he bonds to himself, and helps her extract vengeance against the slavers of her village, as does he enthrall legendary swordsmaster Kureha.  When captain leonard enslaves the inhabitants of his old village, and violates his childhood friend Anna into death, he tricks him into captivity.  He performs his appearance changing skills on him, turning him into a woman surrounded by his men, high on a strong aphrodisiac.  As they rape their captain, he puts the place on fire... yeah, this isn`t your normal anime...
When his fellow villagers are executed, he lights the fuse of rebellion against princess Norn (Flare's younger, and even more perverted sister) and the kingdom as a whole, wanting to bring it all down.  He seals a pact with the future demon lord Eve Ries, the one he defeated before resetting time, and continues by taking his vengeance against former party member Blade.  As Norn attacks the city and kills his only friend, she triggers his ultimate vengeance on her as well. 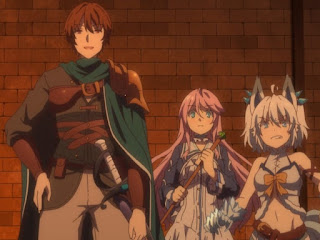 Well, the concept of the series is pretty cool, and I can appreciate some well placed lewdness in my stories (Sin Nanatsu or Queen's Blade for example), I felt a lot of it in this case was rather misplaced, or just gratuitous because they just *had* to include a certain amount of fan service per episode.
I must admit, this severly influenced my score on MAL, trop is trop, though I am still curious how the story will continue.  But that will be in an uncensored version then for sure!
Share This