After Brexit, it's IOSS

Posted by : Tomsche69 zondag 25 juli 2021
Yup, 2021 isn`t a good year for european union inhabitants with strange hobbies.
After the well known impact on the wargame hobby of the Brexit, the IOSS rulings came into play since the 1st of july. 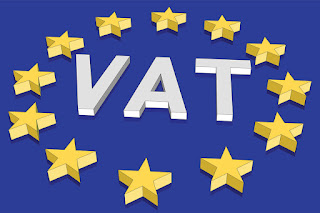 Now, what this very basically means, is that there is no longer any chance that a parcel bought outside of the EU get's past customs without charges.  You are now, no matter how small, and including the costs of shipping, required to pay VAT, import costs and most expensive usually of all: the rates postal services charge to actually bring the parcel to customs.  In case of Bpost, it's 15 euro under a total value of 150 euro, 32 above that.

Needless to say, that makes parcels run up in price pretty swiftly, often the costs outweighing actual taxes.  I had it recently with a Miku I won on an online cranegame: 2.66 euro VAT, but 15 euro service cost.  Still under half the price she is here on pre-orders (about 39.99 at most stores), but before she would indeed have been free, with free shipping...
This all means that now you have to do some research and puzzling before ordering figures from Japan for example. 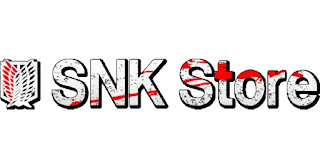 In a shameless advertising plug, if you go to SNK Store, you have 10% discount if you use the link HERE.
Often, local stores (local as in within the EU) have the models as well, but often 40 to 50% above the price of the japanese biggies like Mandarake or AmiAmi.  But with costs like shipping, VAT (because they aren`t "in" on the new system, meaning you pay VAT twice unfortunatly) and declariations, you swiftly come to the same, if not more expensive, prices.  This is also what made us decide here to go for the EU stores unless it are pre-orders (AmiAmi is one of the only stores not requiring payment up front, as pre-orders can often take up to two years before actually being released), OR things no longer found (aka, their pre-owned section, which are usually just brand new, but older, figures).  But outside of that, it seems for the current day models it is far more intresting to look for the more expensive at first sight, yet not in the end, stores within the continent. 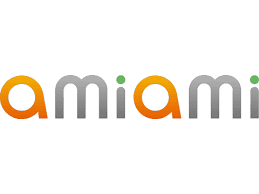 Now, it doesn`t end there.  Oh no, that would be simple wouldn`t it.  You see, now it has also been decreed that if you run your own shizzles on the side, like ebay, etsy, webstores, bricklink or whotnot's, you also need to register for VAT in EACH and EVERY country you ship to.  Luckily, not immediatly but from the moment your total sales go over 10.000 EUR.  While this might seem like a lot, take into account that is actually slightly under 835 euro a month.
Again, that sounds like a lot, as that means a like over half of a monthly average wage here in Belgium, but you might be amazed if you don`t be carefull how fast it is reached.  As most geeky hobbies aren`t cheap, this quickly runs up if you sell some, I don`t knwo, Zero Two figures, or some GW starters, or some rare Pokemon cards... and now that eBay no longer is a 1-2 with Paypal, but pays out directly to your bank account, the government knows all to well what is coming in.
And the final, hopefully temporary, thing?  Delays!  Already, with less then a month that the system is in place, customs is swamped.  Parcels coming into the country the 14th, went to declaration status on the 23rd, to be treated "within the next 7 working days".  So that will be around 3 weeks it is standing somewhere in a warehouse to be declared... better get those christmas gifts ordered around september or so!
So yeah, for those reasons, both in and out going, IOSS is another little annoyance after the Brexit that came into play this year.  Shope carefull my followers, and believe me, it is really starting to pay off if you do your shopping with research... and a calculator at hand!
Share This