Posted by : Tomsche69 donderdag 8 juli 2021
All the hype at the moment in anime midsts, is the Genshin Impact roleplay game.
In the style of the console games, but with a cross platform co-op version (after reaching level 16), both me and Noshi decided to give this game a go. 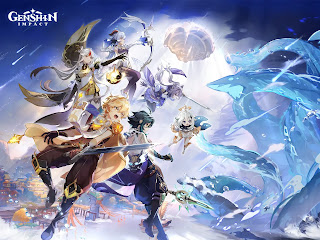 Now, my first impression was immediatly that it looked like Hyperdimension Neptunia or the older PS3 era Tales of Grace game, which is a good thing.  Soft on the eyes with a nice colourpalette. 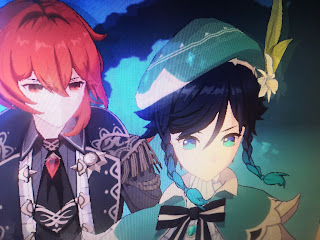 But of course, let's go to the game.  After selecting your starting character (the other one becomes your story arc goal), one builds up a first party of 4.  You can constantly switch between these, and the trick is to build their levels up more or less equally during the game.  Luckily, everything you do grants experience, as well as to your overal "Adventure Level", a stat most used to unlock features in the game.
Now, I must say I really like the game, but to be honest haven`t been to active on it lately now that Thorin is unlocking the "climb on everything" skill... so it's constantly eyes on the prize modus for me. 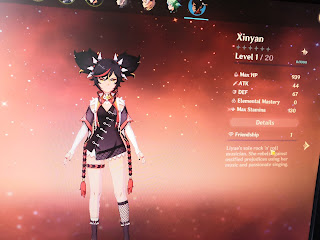 One thing people not used to playing J-RPG's might have to take into account, is that you don`t level up automatically, but have to go to the character menu to do it manually.  This is also for the gear and weapons they have, everything can become better, but you will have to do a lot of managing on that part, making and buying crafting tools to ascend, farm some items to do so... if you are used to clasic Final Fantasy games for example (so, NOT the online one) it seems normal, if not, you might be missing stuff or overseeing things needed to advance in power levels. 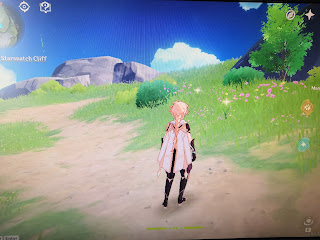 Graphically it's an okay game for sure, not to heavy on system requirements and I haven`t encountered to much lag.  The multiplayer aspect is rather limited in that you can`t grab treasure or such in the world that you visit, only if other players visit into your game.
So all in all, a good game to play during off time moments, bit like you could on normal, non-online console games.  Don`t expect a top of the line MMO, this is NOT what the game intends to be however.
2.11.0.0
Share This