Attack on Titan: the Final Season 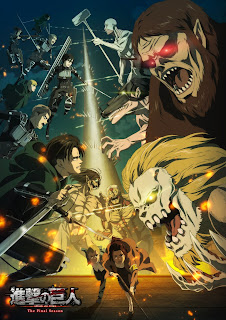 Now, so far this has been a strange ride for me, with mixed feelings over the seasons.
I thought season 1 okay, season 3 part 1 rubbish, and season 2 as well as 3 part 2 great... so where will this fall.
Now, the first episodes follow the story from Reiner's pov, 4 years after he was defeated and the Colossal Titan lost to the Marley invaders.  The world has advanced in weapons, and the age of the Titan as a weapon is seemingly coming to an end.  So they plan to return to Paradis Island for the recovery of the Founding Titan and the resources it holds. 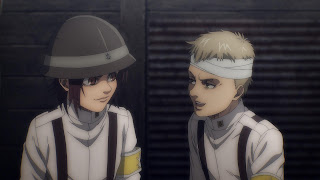 But Eren and his companions have already arrived in Marley, and infiltrated society.  When a declaration of war speech is being held to take the war to Paradis, they spur into action and a bloody battle ensues, resulting in Eren eating the War Hammer titan.  But this comes at the dramatical cost of Sasha's life...
Returning to the island with two children trained by marley to inherit the powers of Reiner, the kids find out that the mastermind behind it all was actually... Zeke, the Beast titan and half brother of Eren, who betrayed Marley for his ancestral homelands. 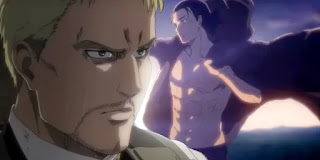 We learn in a flashback that Marley rebels arrived on paradis 3 years ago with Zeke`s plan, and teaching the Eldians modern technology.  However, the goverment is divided on wether to go with it.  After Eren's attack on Marley, prime minister Zachary get's assassinated by the "Jaegerists" who want to go to war, and free Eren from jail to re-unite him with his brother.  Because the brothers have a plan to sterilize the people of Paradis, ending the threat of the Titans that way...
So, the final season wasn`t the totally final one, as a part 2 is still scheduled for release in january 2022... but so far I`m still in dubio wether or not it should have permanently ended when they reached the piers at the end of season 3.
Share This