Posted by : Tomsche69 zaterdag 3 juli 2021
Okay, big thumbs for client service to Ediya Shop in Sweden!
With the new VAT rulings coming into effect the 1st of july, I didn`t want to order this little slime figure from Japan. 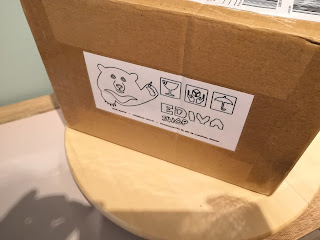 Because in all seriousness, I ADORE that little model!
Mandarake has him at 800 yen, but adding 1600+ yen shipping AND cusyoms costs would be insane.  So looking around in europe, only this store carried him... but they only ship to the scandinavian countries.  Bummer.
I put on my bold shoes and send them a mail, asking if there is a possible way they ship to Belgium, and the next morning I already had a reply.  For a week they would open their webstore options for shipping to my little country as well.  So in went the order for the figure (and then some, just because I could).
So I ordered and payed the 28th of june, being posted the day after and the 2nd of july this parcel of arrived:
So yes, not only is it that totally ADORABLE and hilarious Rimuru figure, I also grabbed a prize class figure for my budding Fate / Stay collection. 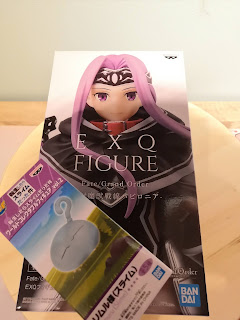 Now, with the IOSS rules seemingly blocking EVERY parcel coming towards Belgium from outside the EU, alternatives will be looked for and tried out!
Share This