Posted by : Tomsche69 donderdag 22 juli 2021
Arriving in my Ediya Shop order I unboxed a while ago, came this Fate / Grand Order figure of Medusa. 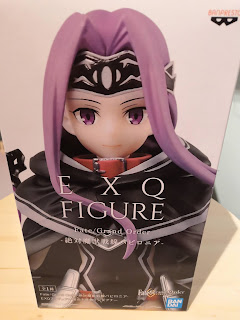 Now, the more Fate I watch, the more I get reeled into the franchise, I really like it.
And Medusa is one of my favorite characters from the franchise so far, which for me started with the Night series, and she was the first model I bought about a month ago from the line.
So now my second figure from Fate has arrived, and it is indeed another Medusa, or Ana as she is called in this version, "the girl that carries destiny", the youthfull version of Medusa and a Lancer class this time round, this version is her "first stage" of evolution in power.
The model comes with a huge scythe and a flowing pony tail as "key points" in her sculpt, so let's have a look at her as we unbox the model!
While a bit of a b**ch to assemble with the chain, as you don`t want to put on to much force to avoid breaking off the thumb, she is a great looking figure once assembled. 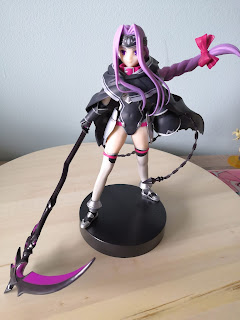 And so the collection of FATE has slowly started... but rest assured more will be added over the years!
Share This